For More Information go to:

Bringing back key players from the same team that produced the three largest single event auctions ever conducted and the first to use International Satellite Technology, we have formed the Colliers International – Heritage Global Partners – Becker Iron and Metal Strategic Alliance. This alliance offers worldwide services utilizing the resources and global reach of the second largest Commercial Real Estate (CRE) company in the world and one of the world’s top 3 auction companies known for its innovative approach and tireless effort in producing the maximum return for their clients since 1937 plus the expertise of a 4th generation recycling company.

All three companies count the Fortune 500 amongst their satisfied clients. With corporate America’s continued search for single source solutions, together they offer their clients a complete solution from asset recovery via purchase or auction, to demolition, scrap metal, and environmental solutions, to real estate listing or purchase.  The alliance can act as an advisor or principal giving their client a guaranteed return on both hard assets and real estate. With strong backing from private funding institutions and their own capital they have yet to see a portfolio that is too big for them to buy.

It’s 1982 and I am living St. Louis, Missouri.  We were working out of the den in our home with Bruce Schneider and Drew Olshansky working for me and looking for auction deals for Rabin, Gagliardi and Ross Dove. Eventually, we moved to a new modern office and hired Jill Wells, Dave Ludwig and Jeff Moore.  Then, we formed an alliance to represent only the Ross- Dove Company.  We wanted to create some new and exciting auction areas and I could only come up with Commercial Real Estate (CRE) and Non-Performing Loans (NPL).  Ross said they never sold NPLs but once sold an apartment building in the Bay Area.

Two days later I get a post card notification from the JBS Auction Company in Chicago, Illinois announcing a small sealed bid auction on Non-Performing Loans owned by the FDIC. I had recently convinced an FDIC sales officer in Tennessee to let us auction a ferry boat that they foreclosed on sitting tied up at the Embarcadero in San Francisco. I wish I could remember that Colonel’s name.  He said if the boat didn’t sell his boss told him to face west and walk until his hat floated.  It did sell and he was grateful. So, I called him for a contact at the FDIC for loans.  He said that there was an FDIC guy, Stan Chen, in San Francisco who was getting ready to sell a small package of loans.  I called him and Ross and I went to see him.

Typical of so many of our groundbreaking meetings, we would talk our way through it with so much certainty that we got hired.  Stan asked two questions that we agreed to, not knowing what they meant at the time. “Will you bundle loans 4 and 14 together and do you think you should bifurcate loan 16?” Outside Ross turns to me and says, “Fischer, what the heck does bifurcate mean?” “I don’t know but I am pretty sure when he said bundle 4 and 14 together, he wasn’t talking about us using twine.” We got the deal, and attending this successful auction was Tom Oliver from Bank of America who bought a loan and asked us if we thought we could auction non-performing, charged off credit cards? You already know what I said.  We did that first ever open outcry credit card auction and it brought them back 3.5 cents on the dollar versus their previous 1 cent on the dollar.  It forced all their buyers to bid competitively, which is the whole purpose of a public open outcry auction.

It’s 6 am and I’m on the Stairmaster reading the front page of the Wall Street Journal.  At the bottom there is a tidbit of a question. “Guess who owns 25% of the Dallas Cowboys?” Answer: The FDIC. Bingo, I call them, but they say that really it is a loan foreclosure being handled by North Carolina National Bank (NCNB) in Dallas.  I call the SVP of NCNB in Dallas and pitch him on selling that ownership at auction.  I guarantee him it will bring top dollar and tell him about the BofA and FDIC loan auctions. His response is that he believes me, but it won’t work because every NFL owner must approve any new owner. However, do I think I could sell boat, car, and other secured loans at auction for him?  You know my answer and so began 6 NCNB auctions at the Adolphus Hotel in Dallas.  After number 3, I get a call from a guy named Mike Colby who says he is with the Resolution Trust Corporation (RTC) and they are handling the sales of NPLs from all of the failed savings and loans that are failing at unprecedented rates across the US. He asks if he can come to our next auction and would I walk him through what we do?  Sure, and he brings 16 RTC people with him.

Bottom line we do a 90-million-dollar loan auction for the RTC in Denver.  We never did NP first mortgages before. The loans sold for 65 cents on the dollar, which was way above what we all expected.  The third RTC auction brought 85 cents on the dollar as the original buyer’s began to work them out and saw their real value.  A lot of the borrowers weren’t paying, just because the S&L no longer existed or maybe their spouse lost their job, and no one would renegotiate the monthly payment for them. The next RTC NPL auction was over $500,000,000 in loans ranging from $57,794 to $21.8 million. I have a Lucite tombstone on my desk from the RTC saying thanks for being on the auction team that sold 4 billion dollars of loans from September of 1992 (our first auction) to December of 1995.  All of that from selling a ferry boat for the FDIC in San Francisco.

The next thing we try is Commercial Real Estate (CRE) at auction from banks.  I convince a bank in Texas to give us 2 apartments in College Station, TX, and we auctioned a whole western ghost town: Winkelmann, TX. All three auctions failed miserably, and Ross’s brother Kirk said to me, ´Ken, you are a great salesman, but you don’t know crap about real estate.  Get a CRE partner for these auctions.”  So, I called a Grubb & Ellis broker friend. I told him what I wanted and he said that it just so happens that his boss in NY was contemplating an auction partnership with another auctioneer that my friend didn’t like and said  he would call his boss Stan and ask him to speak to me.  I wound up flying to NY the next day and shook hands on a deal with his boss Stan over dinner.

The Grubb & Ellis – Ross Dove Real Estate Auction Partnership did very well selling everything from the famous French Lick Resort, to the Las Vegas Paddlewheel Hotel, to the old Playboy Hotel in Miami, Florida, to a church in Chicago, Illinois.  In 1990, I flew to Washington, DC 11 times in 6 months. We convinced the FDIC to do the first ever CRE interactive satellite (before the Internet) auction with satellite hooks ups in NY, Miami, Dallas, Denver and Los Angeles. We sold and closed $238 million in CRE that day and 13 months later in a 2-day auction on December 1st and 2nd, 1992 sold and closed $419 million in CRE.

In mid-1993 we did The National REO Auction for various banks and insurance companies and we sold over $150 million of CRE that day with satellite hook ups in Boston and Los Angeles. 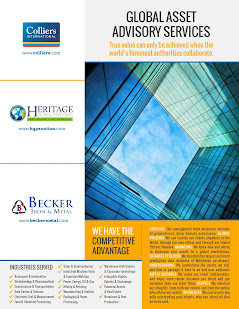 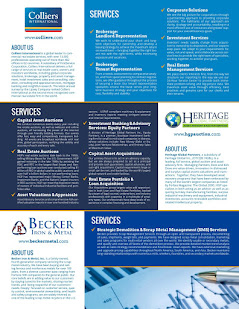 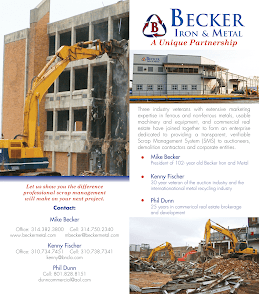 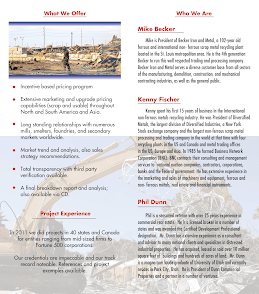